The European Parliament's Trade Powers After the Lisbon Treaty: A Lecture by Dr. Vital Moreira 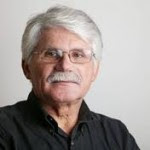 The European Union Centre of Excellence at York, the Glendon School of Public and Intenational Affairs and the Jean Monnet Chair are pleased to present a public lecture by Dr. Vital Moreira, Chair of the European Parliament’s Committee on International Trade, on Thursday, November 3rd, 2011, from 3 to 5 pm, at the Senate Chamber, Glendon College, 2275 Bayview Avenue, Toronto . Dr. Moreira is an Associate Professor of Law at the University of Coimbra, Portugal and sits in the European Parliament as a member of the Group of Progressive Alliance of Socialists and Democrats. Dr. Moreira will speak on “The European Parliament’s Trade Powers After the Lisbon Treaty” as part of the series EUCE Lectures on European Law and Governance All are welcome, but attendees are asked to RSVP to: publicaffairs@glendon.yorku.ca The Senate Chamber is found in C Wing, York Hall C123 (building #9 on the map found here)
Posted by Joao Rodrigues at 11:08 AM