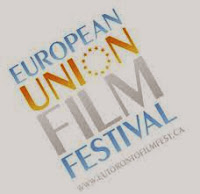 Hang on to your Euros. It’s free!

General Admission to all EUFF screenings is FREE and on a first-come, first-served basis.


Seats to any screening can be secured in advance by a donation of min. $10 per seat at www.eutorontofilmfest.ca

Advanced seats must be occupied min. 15 minutes prior to the start of the screening.

( – October 21, 2013) This may not be exactly what Prime Minister Stephen Harper had in mind when he announced “free trade” with the European Union. But, for two weeks in November at ’s Royal Cinema, the 9th annual European Union Film Festival is offering up a full slate of acclaimed films with free general admission.

The European Union Film Festival is proud to announce the Canadian schedule for its 2013 program. With this formidable line-up, the EUFF celebrates nine years of creative triumphs, showcasing the best contemporary cinema from its 28 member countries.

Kicking off the fest is The Other Dream Team (), directed by
Marius Markevicius. An official selection at the 2012 Sundance film festival, this documentary chronicles the brutalities the country’s basketball Olympic team were subjected to under communist rule, and how these elite athletes went from being the poster child for communist oppression to symbols of democracy and a new independent .

Also part of EUFF will be the North American premiere, and closing night film, Natural Grace (), directed by award-wining documentarian Art O’Briain, and winner of Best Irish Feature Documentary at the Galway Film Fleadh 2012. An intimate in-depth portrait, this documentary follows Martin Hayes, one of ’s greatest fiddlers and a leading exponent of traditional Irish music.

Other North American Premieres include Dinner With My Sisters (Cyprus), a contemporary psychological drama of a Greek--‐Cypriot family in crisis; Living Images (Estonia) a historical drama following a noble woman who is shocked to discover her humble origins; The Consul of Bordeaux (Portugal) tells the story of Aristides de Sousa Mendes, a Portuguese consul in Bordeaux who helped thousands of people escape Nazi-occupied France.

Canadian Premieres will include Volare - The Great Story Of Domenico Modugno, (Italy) a biopic on Dominico Modugno, known for writing the classic song who rose from poverty to international fame, becoming one of Italy’s most beloved cantautori; Night Boats (Croatia) a charming love story of two people running from their retirement home together; Blind Spot (Luxembourg), the first thriller ever to be made in Luxembourgish; Happy Funerals (Romania), a dark comedy following three friends trying to rid themselves of a Gypsy course; and A Trip (Slovania) the story of three old friends, each at a crossroads in their lives, embarking on a road trip together.

My Father’s Bike (Poland), an inter-generational family comedy drama, winner of Best Screenplay at Poland’s Gdynia Film Festival; and Bajari (Spain) a documentary following a family  of Flamenco dancers, and exploring the rich traditions to accompany this famous dance, will both have their Toronto Premieres at EUFF.

Now in its 9th year, the official European Union Film Festival (EUFF) strives to reflect the excellence, innovation, and diversity of European cinema in , the world’s most multicultural city. Founded in 2004 as a salve to Hollywood monotony, this free festival showcases 28 contemporary films drawn from each of the EU’s member countries, they include: Austria, Belgium, Bulgaria, Croatia, Cyprus, Czech Republic, Denmark, Estonia, Finland, France, Germany, Greece, Hungary, Ireland, Italy, Latvia, Lithuania, Luxembourg, Malta, Netherlands, Poland, Portugal, Romania, Slovakia, Slovenia, Spain, Sweden, United Kingdom. EUFF is a unique festival and the only one in the world to bring together disparate EU Consulates and local cultural institutes for collaboration.

For more info, to request screeners or interviews get GAT: